There aren’t many Spanish speaking countries in Africa. Equatorial Guinea is the only nation in the continent that speaks Spanish. The other regions where one may find fluent Spanish speakers are Cape Juby in Northern Morocco and Western Sahara.

Equatorial Guinea was colonized by Spain. The small West African country had most of its territories under Spanish rule from 1844 to 1968. This is why the language is spoken there.

Equatorial Guineans (also called Equatoguineans) attained independence in 1968. Portugal and the United Kingdom (UK) have also had control of several portions of Equatorial Guinea between 1474 and 1843.

This is the reason why most Equatoguineans also speak Portuguese – one of the official languages in the West African nation.

Q. Why aren’t there other countries in Africa that speak Spanish?
Because Spain didn’t have other colonies in Africa. The only regions of Africa that were occupied by Spain were Tarfaya and Cape Juby in Morocco, Western Sahara and regions of modern-day Equatorial Guinea.

Here are top 10 facts about the only Spanish speaking country in Africa, Equatorial Guinea. 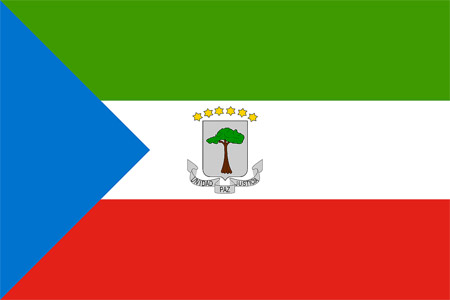 The flag of Equatorial Guinea, the only Spanish speaking country in Africa

Are there other Spanish Speaking Countries in Africa?

Is there another country in Africa that speaks Spanish? The only other Spanish speaking regions in Africa where you are likely to encounter fluent Spanish speakers are Cape Juby in Northern Morocco and the Western Sahara. These two North African regions were also occupied and ruled by Spain in their past.