Home » How many Countries are In Africa: Alphabetical List of African Nations

There are 54 countries in Africa. The huge continent spans 30.3 million km2. Furthermore, the African nations are grouped into 5 regions. These are Northern, Western, Central, Eastern and Southern Africa.

These regions are further subdivided into 54 countries and territories.

The continent was called Alkebu-lan many centuries ago. This word means “Mother of mankind“, “Garden of Eden” and in Arabic, “Land of the Blacks“.

Later, the Roman Empire, speaking Latin, called the continent and its inhabitants “Afer” (singular) and “Afri” in plural. This is the origin of the modern name for the continent, Africa, given by Romans and Greeks. Remember that ancient Romans and Greeks were the predecessors to the seven European powers (Britain, Spain, France, Portugal, Germany, Italy and Belgium) that colonized most of the countries in Africa.

You will see in this list of countries in Africa that the largest country is Algeria while the smallest is Gabon (officially called the Gabonese Republic). When it comes to both size and population, Africa is second only to Asia. The continent has the most youthful population. In addition, it has the fastest growing population.

Niger, a country in West Africa, has the highest population growth in the world (in 2020) of 3.8%. The countries in Africa are also the most diverse in any continent. There are over 3,000 tribes who speak over 1,000 languages! Moreover, each region of Africa has its own culture, and sub-cultures according to the tribes.

How Many Countries In Africa: Alphabetical List of African Nations, Regions and Territories

Africa is the second-most populated continent in the world. It is estimated to have over 1.3 billion inhabitants who are spread over the 54 nations. Nigeria, in the West, is the most populous nation in Africa.

The least populated country is the island nation called Seychelles, that is located in the Indian Ocean near East Africa.

The following is the full list of African nations and territories. They are arranged in alphabetical order.

Fun fact: South Sudan is the youngest country in the world. The East African nation gained independence from Sudan in 2011. Despite being an oil exporter, South Sudan is one of the poorest countries in Africa and the world.

Fun fact: Madagascar is the world’s fourth largest Island. The 3 bigger islands are the Danish territory of Greenland, New Guinea in Australia and Borneo, an Asian island.

Quick Answers about Countries in Africa 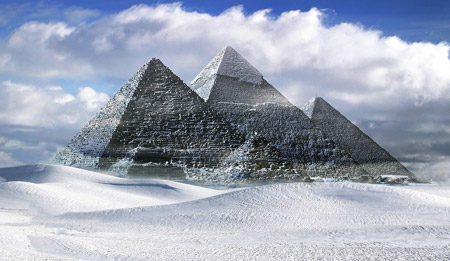 The Pyramids of Egypt are a popular tourist attraction

Which are some of the top tourist attractions in Africa?
Top sights in Africa include:

This is Africa’s highest mountain. It is located in Tanzania near the East African country’s border with Kenya.

This is the site of the famous Wildebeest migration. The wild animals (wildebeest, zebra, impala, gazelles and eland) migrate from the Mara in Kenya to Serengeti in Tanzania to feed on lush new vegetation. It is located in South Western Kenya, along the country’s border with Tanzania.

These are found along the Zambezi River in the southern region of the continent. This is one of the world’s largest falls. They are at the border between Zimbabwe and Zambia.

This is located at the top of the Table Mountain in South Africa, in Cape Town. Sir Thomas Maclear, was an astronomer who placed a stone-cairn trigonometrical beacon at this location. The beacon is used to triangulate measurements that determine Earth’s circumference. Other popular activities at the Table Mountain are mountain climbing, hiking and abseiling (rock climbing using climbing ropes and harnesses).

This is a famous national park in Tanzania, and one of the destinations in the famous East African Wildebeest migration. The Serengeti is also home to a large ostrich population. Lions, cheetahs, crocodiles, hippopotamuses and vast plains are other top tourist attractions in this national park. 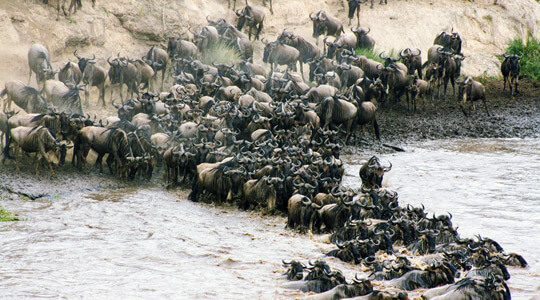 These top African tourist attractions and sights offer the following:

Other safe countries in Africa are:

The following is the list of North African countries and territories.

There are over 15 countries in West Africa. The region has produced some of the famous footballers in the world.

Another distinguishing feature of Western Africa nations is that several of them have French as a national language. This includes Benin, Burkina Faso, Côte, d’Ivoire (Ivory Coast), Guinea and Equatorial Guinea. All in all, French is spoken in over half of all African nations: 29 countries.

Fun fact: West Africa is home to the richest and most populated country in the continent, Nigeria. Nigerians make up almost half of the total population in West Africa. Moreover, the country has over 250 ethnic groups who speak over 500 languages!

The following is a list of central African countries. Most of the nations in this region have huge deposits of minerals. These include diamonds, uranium, copper, gold and oil. Gabon, Angola and Equatorial Guinea are OPEC members who are also some of the biggest oil producers in the continent.

Central Africa is also the birthplace of one of the popular allergy-free dogs. This is the famous African barkless dog – the non-shedding Basenji. However, some of these Central African nations are sometimes regarded as being in East or Southern region.

Fun fact: Equatorial Guinea is the only Spanish speaking country in Africa. The small middle-African country is a leading exporter of oil and has one of the highest GDP per capita in the continent. 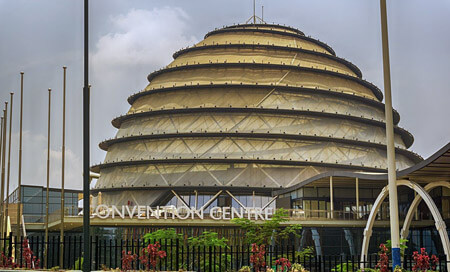 Kigali Convention Centre. Rwanda is the safest country in Africa, and one of the most beautiful.

There are 3 territories and over 15 countries in East Africa. Somalia is the easternmost country in the continent while Kenya is the biggest economy in East Africa. Agriculture is the main economic activity in this region. Tea, coffee, bananas and other fruits, vegetables, sisal, cotton and animal products are in plenty in the Eastern region.

Other major economic activities in Eastern Africa include fishing, financial services (such as M-Pesa) and tourism. The following is the list of East African countries and territories. Some of these countries are sometimes grouped under the Central or Southern region.

Mayotte and Réunion Island are French territories that are geographically located very close to Africa. The two are among the 5 overseas departments and regions of France. The other 3 regions are Guadeloupe and Martinique in the Caribbean Sea, and French Guiana in South America.

Fun fact: Swahili (Kiswahili) is the most-spoken language in East Africa. There are many Swahili dog names as well. Other popular languages are English in the South, Arabic in the North, and French in West and Central regions. These are only some of the over 1,500 languages spoken in the continent.

There are several countries in South Africa. The main economic activities here includes mining, tourism, forestry and livestock farming. Botswana and South Africa are leading exporters of minerals such as gold and diamonds. Other minerals found in the Southern end include platinum, chrome, vanadium and Manganese.

Elephants, lions, hippopotamuses, buffalo and springbok are some of the wildlife found in South Africa

Some countries in the South are sometimes categorized under East and Central Africa. But the following nations are often grouped under the South African region.

Fun fact: South Africa is the biggest economy in Southern Africa. It is also the southernmost nation in the continent. There are two small landlocked countries that share borders with the country: Lesotho is completely encircled, while most of Swaziland is encircled, by the country.

Alphabetical List of African Countries and Capitals, Population and GDP

The following is a table of all African nations, their capital cities, population in 2019 and GDP per capita (2019). They are arranged in alphabetical order.

This is the full list of countries in Africa and regions. Contrary to what some foreigners assume, Africa is a continent – not a country. And it is a very big and vibrant continent. Lifestyles also vary greatly in this continent: from modern city life in the capital cities to pastoralism and small-scale agriculture in the villages.

Above all, Africans are proud of their cultures and traditions that are passed-on from one generation to the other. In Africa, it takes a village to raise a child.